My teacher, George Neikrug, learned and performed the Paganini Violin Concerto with Émile Sauret’s cadenza decades ago. It’s a huge technical accomplishment, and I’ve always been in awe of his mastery of the cello. I’ve always loved the violin repertoire, and I’ve long wanted to understand the cello as deeply as Neikrug did.

So I’m learning the Paganini Violin Concerto. Studying this piece is forcing me to approach the fingerboard in an entirely different way than I’m used to as a cellist, and so many passages are just not possible with “standard” technique. The extreme amount of edge cases in technique requires a lot of reflection and problem solving, and I’ve learned a lot more than I expected.

Since I don’t have Neikrug’s markings – I’m not sure he even wrote down his fingerings and bowings for this – I needed to choose an edition as a starting point. I decided on Carl Flesch’s edition, and as a bonus it also has Sauret’s cadenza.

I’ve also listened to many recordings so that I would be familiar with the style and common changes violinists make. My favorite recording is Yehudi Menuhin’s.

The challenges that I anticipated are the fingered thirds, tenths, and, of course, using the entire fingerboard. Having a clear mental map of the fingerboard would be crucial.

It was well worth the effort. While I still have a way to go before they are at performance quality, I am now able to play many of the fingered third passages in the neck positions under tempo.

As I continue working on this project, I’ll go into more detail about what I’ve learned and post my fingerings. 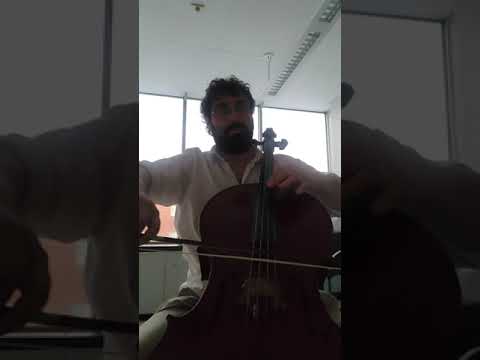